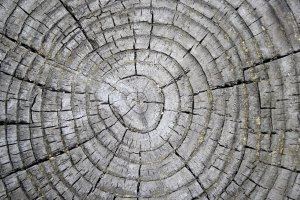 There is a fountain of youth: it is your mind, your talents, the creativity you bring to your life and the lives of people you love. When you learn to tap this source, you will truly have defeated age. – Sophia Loren

Let’s face it, in America we pander to a cult of youthfulness. Any actress over 30 is considered past it. I was reading the other day that Halle Berry, unarguably one of the most beautiful women in the world, is constantly under pressure to have her face “done”. So far she has resisted and I hope she continues to do so. All too often we see public figures who are no longer recognizable and in their efforts to retain eternal youth they have lost the essence of what made them special and unique. Every other commercial on TV is for a new groundbreaking face cream promising to erase those ravaged lines of wear and tear on a 20-something model.

When I first got to Kabul it was two weeks before I knew where I would be stationed. Finally I was called into the office and told there was an opening in Kapisa, a small province northeast of Kabul.

The program coordinator says, “Well, there are a few concerns we have to talk about.” Okay, I reply, thinking it is about the dangerousness of the area. Later I Google Kapisa and “The Gateway to the Taliban” pops up. Yes, it is a very dangerous province, but that is not the issue the coordinator wants to discuss.

“It is a coed base,” he says. I give him a blank stare. I assumed all the bases had men and women. He clarifies, “The showers and bathrooms are coed.” Did I say this is a French base? Okay, I grew up in the 60’s. I’m opened-minded. I can live with this.

“They do a lot of foot patrols,” he says. Okay, I can walk. Not a problem.

“Sometimes the patrols are long and your body armor weighs about 50 pounds.” Okay, I learned this in training. I wasn’t expecting to go to a day spa.

Finally he says, “Do you think that will be too much for you physically?” The penny drops. At 57 years of age they think I’m too old. I assure him if the patrols aren’t 20 miles long, I’ll be fine.  When I fly by helicopter to Bagram Air Base (BAF) to rendezvous with my crew that will take me to Kapisa, the USDA representative, Jim, is there to meet me.

“Let’s take a walk and I’ll show you around the base,” Jim says. I leave my body armor and bags in his office and we start walking from one end of the base to another. BAF is a huge base with over 30,000 people living there. It is over a mile from one end to the other. As we walk along we pass masses of hardened structures, tents, containerized housing units, all slightly obscured by a pervasive red dust that fills my nose and makes me sneeze. On the sidewalk we join a flood of jostling pedestrians. It is like walking in downtown Washington, D.C. at rush hour. Jim points out dining halls, laundries, office buildings, and other points of interest as we briskly walk along. He is walking very fast and I am almost in a slow jog to keep up with him. When we get to the end, we start back, still at the same pace. Along the way we make detours on the dusty streets that crisscross the base. Back and forth, left and right, Jim marches along with me loping at his side. It suddenly hits me that this is not a random stroll. It is a forced march. I can imagine the thoughts in Jim’s head. “Can she take it? Will she fall down in a geriatric heap before we get back to the office? We’ll see how tough she is!” I think to myself, “Jim, you don’t know who you are dealing with.” If life has taught me anything it is to be tough and not to give up.

I guess I passed the test because three days later I climb aboard the Mine Resistant Ambush Protected (MRAP) armored vehicle that will take me to my base. Once there I find out I am the oldest person, but I am so busy it doesn’t really bother me. I am exercising every morning and I feel good. I just want to figure out what to do to start assisting Afghan farmers in my area. Ageism doesn’t rear its ugly head again until a mission takes us back to Bagram. Anne, another Federal agency rep, and I are going out with the Kentucky ADT; National Guardsmen with an expertise in agriculture and engineering. They tell us to meet them at an area where the convoy MRAPs are staged at 8:45 AM. Anne wants to be there early so we show up at 8:15. Of course, no one is there. I know we are in the right place because the MRAPS have ADT lettered on them. Anne is in the generation that cannot communicate without a cell phone or other electronic device. We sit in the same office and instead of just telling me something she sends me an email. Having been a supervisor to many young people I am used to this and accept it the way my mother accepted me getting a Texas Instrument calculator. Anne is not comforted by the site of the MRAPs and she starts fretting that we are in the wrong place.

“We are early. They’ll be here soon.” I am not concerned. Anne starts calling numbers and asks me, “Do you have the number for the lieutenant commander? The project coordinator, etc.?” I have these numbers, but I say shake my head no. I am not going to bother the unit when I know they are busy getting ready for the mission. Anne keeps frantically punching in numbers on her phone.

My phone is in my backpack and it beeps, telling me I have a message. As I dig it out, Anne looks a little funny and she hastily says, “No, it’s my phone.” I look at my cell and see I do have an incoming message.

I read, “My USDA rep is so space cadet. I don’t want to be mean, but maybe its old age and she’s just not with it.” I am stunned and I look at Anne and say, “Ann, did you send this?” She shakes her head no and I say, “Well, I‘ll just see who sent it.”

Clearly miserable, Anne says, “I did it. I sent it.” She was texting a message to her boyfriend about me but accidentally sent it to me instead. It has to be a person’s worst nightmare.

“Anne, is that what you think of me?” I ask her incredulously,

“Well, I just thought you should have those numbers.”

“You know, I do have those numbers but I know we are in the right place and I am prepared to wait. It’s called patience. And you know what? I may not can text a hundred words a minute, but I have pretty much known what is going on for the last 30 or 40 years. Most of the USDA advisors here are my age or older and I don’t think that’s a coincidence. I think they selected us because we have experience, can build relationships and won’t start an international incident.”

Anne says, “I just hope you can forgive me.” I can tell she is near to tears.

I put my hand on her arm and say, “Anne, I am a big girl. I’ll get over it. I just want you to promise me one thing. On your 57th birthday I want you to think back to this day and I want you to think about how young and vital you feel and how much you still feel you have to offer. Will you promise me that?” A big tear rolled down her cheek and she hung her head.

I hope Anne learned a life lesson that day on how to treat people, or at least to make sure she knows who she is sending a text message to before she hits that “Send” button. I do know she will remember that day for the next thirty years or so.

I have to admit that my feelings and pride are hurt. It’s like getting hit in the face with cold water to suddenly see yourself as old in other people’s eyes– being judged by years instead of ability. I tamp my feelings down as our convoy bounces off because I need to be stay focused on the mission. It isn’t a time to nurse grudges or a bruised ego.

Later in the day we conduct a market walk in a local village. A knot of 10 or 15 young men gather around me and we move as one through the market. My interpreter says, “All the talk in the market is about you. They want to know if you are married.” Really? Me, with my hair that has been snow-white since I was in my 30’s? Me, who is old enough to be these young men’s grandmother? With just a little smugness and a lot of amazement, I notice they are ignoring Anne, who is a beautiful young woman.

You see in Afghanistan, age is looked at differently than in the western world. It is the norm for several generations to live together and parents and grandparents are revered and cared for. Age is respected. The men in Afghanistan didn’t see me as old. With my white hair and light skin I was regarded as exotic and desirable. (I am so pale I once was awakened on a flight by an attendant shaking me saying, “Ma’am? Ma’am? Can you hear me?” I looked over at my seatmate who is cringing as far away from me as possible, convinced she is sitting next to a corpse.) It is a remarkable feeling. In the States I might hear, “Oh, she’s so old.” In Afghanistan I heard, “Oh, madam. You so beautiful, you so nice.” I tell you, it beats a kick in the Zimmer frame any day!

Afghan men made me feel beautiful and made me reevaluate how I want to see myself as I headed into my 60’s. At 59 you can say you are middle-aged, but at 60, if not elderly, it is the slippery slope we slide giddily down towards the grave. And while I admit I have spent my share on those miracle wrinkle creams, I don’t want to be young again with all of its angst and uncertainties. I want to keep growing, learning, teaching, and loving. I want to continue to help others and to find beauty in the world every day. If I can do that, I think I will also be beautiful.

So instead of dreading old age, I plan to run to it as fast as my arthritic knees can carry me, embracing the last chapter of my life, which will be the sweetest because it is the last.

2 thoughts on “Coming of Age”